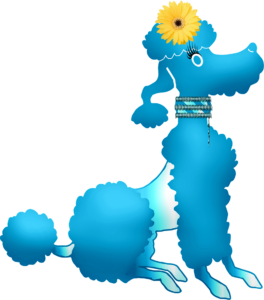 The term Moyen Poodle causes a bit of confusion here in Canada, and the USA for that matter, and here I will explain why.  In Europe, four sizes of poodles are officially recognized:  Toy, Miniature, Moyen and Standard.  However, in North America, three sizes have only ever been recognized: Toy, Miniature and Standard.  Over the years, people on this side of the pond have come to realize that the Standard Poodle size covers a great deal of variance, as any dog over 15 inches at the shoulder is officially a Standard. Traditionally, Standards more often come in over 21 inches at the shoulder, leaving the 15-20 inch poodles with no official standing regarding their size. But, nevertheless, this in-between size is becoming very popular.  A growing number of dog lovers are coming to realize 15-21 inch poodles are truly a fantastic option: not too big to share your life with, not so small that you would have to worry about them keeping up. So, in Canada and the USA, the term Moyen is used by breeders to describe the size of poodle they are focused on producing, not how they will be registered with the CKC or AKC (which will say Standard Poodle). To clarify further, note that some breeders only use the term Moyen when referring to European stock (where they would be registered as a Moyen), but at Soletree Poodles we use the term Moyen and Small Standard interchangeably to describe the size of our dogs and whose linage includes both North American and European lines.

Whether you prefer Small Standard or Moyen (or Klein as they are described in Germany), these poodles fall approximately 15-21 inches at the shoulder and weigh approximately 25-45 lbs.  They are wonderfully versatile, intelligent, and easy to train.  They are logical, friendly and have been described as independent or serious.  They are often known as clowns with their people, but more reserved and watchful when out on the town.  They are a healthy, athletic breed that requires regular grooming, exercise, and training.  Their life span is 12-15 years, on average.  Click below to see how the Canadian Kennel Club describes the breed. 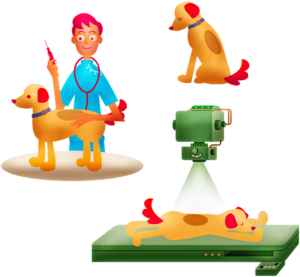 At Soletree Poodles we rely on the experts at Paw Print Genetics based in Washington, USA and the Orthopedic Foundation for Animals (OFA) to screen our dogs.  Although hip dysplasia is relatively uncommon in moyen sized poodles  (according to our vet) our dogs have their hips and elbows cleared by OFA when they are two years of age. Our dogs have also been tested clear or cleared-by-parentage of genetic diseases that have been identified as more common in Poodles, including:

We are not medically trained and follow the advice of experts in the medical field to guide the health screening for our breeding program.  We are committed to doing all we can to ensure the future health of our lines.  We encourage you to talk to your vet if you have further questions about these tests or health screening and genetics. 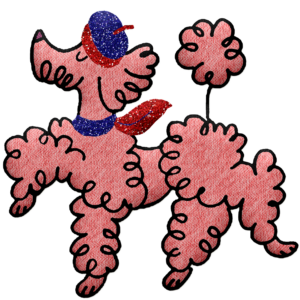 You can’t get very deep into a conversation amongst poodle lovers before the topic turns to colour, and no wonder given the beautiful rainbow of possibilities.  Poodles come in a wide variety of colours and we love them all!  At Soletree Poodles we have our dogs colour genetics assessed by Paw Print Genetics, so we know exactly what colours our dogs are capable of producing.  When we announce a breeding we will also list the possible colours that litter could produce to give you an idea of what we might have, but of course you never know until they are welcomed into the world.  There is a common saying that goes something like this: What you see (the parents) is almost never what you get when breeding poodles!  There’s a lot of factors at play when predicting colours, including looking at the pedigrees and pictures of the past dogs, and genetic markers.  To further complicate things, poodle puppies rarely look the same as adults, and there are a ton of unusual words to describe colours, patterns and coats, if you are new to the poodle world.  But, there are many great resources and experts out there who guide our knowledge, with new research going on all the time.  We are always reading and learning more ourselves and find colour genetics fascinating.

If you have questions about colour, interpreting your dog’s colour testing results or about what colour puppies your dog could produce with our stud Soletree’s Soleil, please reach out to us.

Currently, Soletree Poodles have the possibility of producing black, brown, tricoloured, phantom, brindle, sable and parti (which is a colour distribution pattern, rather than a colour) poodles.

Care to learn more?  We think the following web sites do a good job of explaining the basics with the option of a deeper dive into the topic if you are interested: 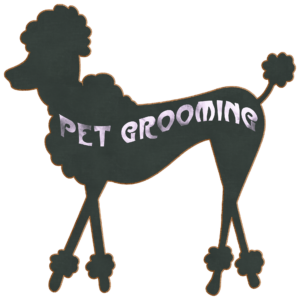 A poodle’s hair never stops growing, just like a human’s.  They require regular grooming to keep their coats matt free and healthy. Grooming can be done either at home or by professional groomers, but either way, you can count on having to get it done every 6 weeks or so.  Self-grooming requires more time, energy and cost upfront to get all the required tools and to acquire the know-how, but it does come with the added benefit of spending quality time with your dog, always having your dog groomed the way you like and a significant saving over the course of your dog’s life.  Professional grooming, on the other hand, is convenient and consistent and a good groomer will train your dog to accept the whole affair willingly and in a relaxed way.

A great way to learn what is involved in grooming your poodle is youtube, here are some videos we like:

This is a fantastic demo by Julie Pantages showing how she does the German Trim, we love this cut and she does an amazing job

This is a good video showing the whole process of a groom, similar to how you might do your own grooming at home. This poodle is a sable coloured standard poodle, and he is getting a mud and field-friendly cut that will last for 6 weeks or so, sometimes called "doodling your poodle"

A basic, no nonsense clip by "My Favorite Groomer"

Another professional groomer we follow. Her videos are more technical and her finished product show-ring ready, but she has some great explanations and demonstrations using snap-on combs.